Known for his distinctive rainbow-themed look, aggressive style of rapping, and public feuds with celebrities and gangs, Tekashi 6ix9ine is quite the personality. He also has quite the story.

He's still fairly new to the rap scene, but he's been incredibly successful in terms of sales. All 10 of his singles have charted on the Billboard Hot 100. But, it's not his music that's brought him into the news. He was arrested and charged with a plethora of illegal activity and could be facing life in prison. But, let's take a deeper look into the untold truth about the rapper.

Unsurprisingly, Tekashi69 isn't a legal birth name. He was born Daniel Hernandez on May 8th, 1996. His mom was originally from Mexico, and his dad from Puerto Rico.

He was raised by his older brother and parents until he was thirteen when his father was shot dead just outside of the family home. This was a massive turning point in his life, and to be honest, it'd be easy to see why. 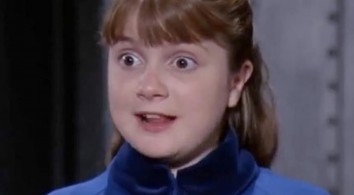